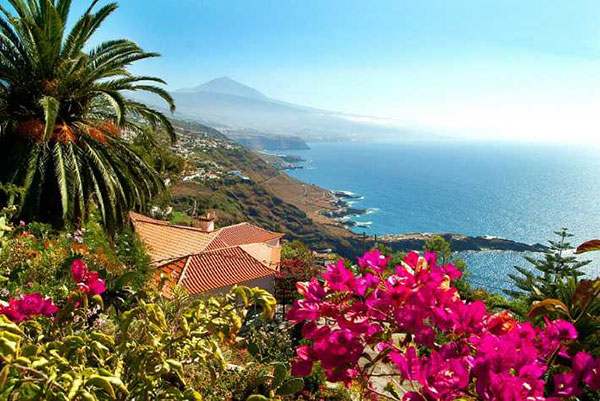 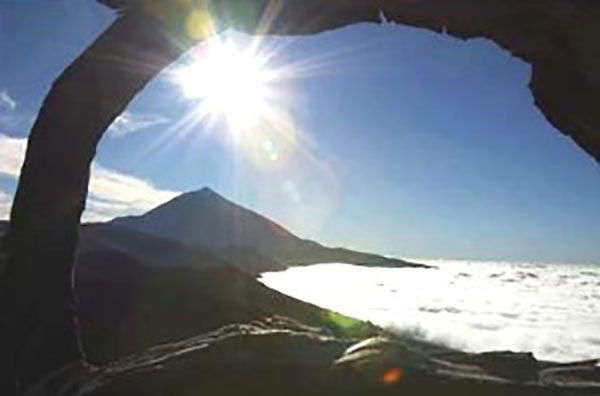 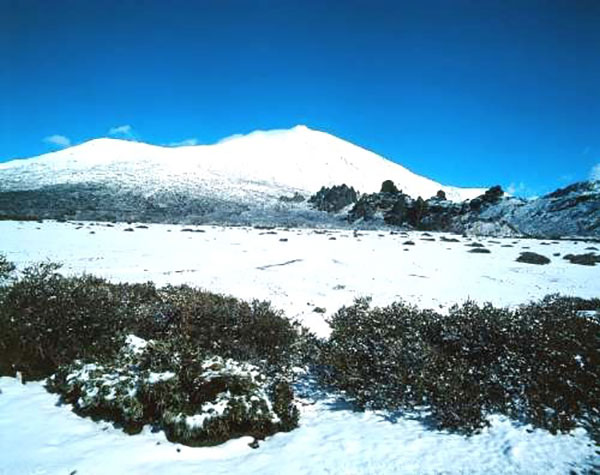 The healing climatic conditions, which occur especially in the southwest of the island, and most notably in Los Cristianos, were decisive in the choice of location for our hotel.

The constant northeast trade winds, the closeness to the equator, the influence of the Gulf Stream and of the surrounding ocean are all responsible for the mildness of the climate. This is especially the case on the south side of the 3,718 m high volcanic mountain, the Teide. It is therefore not surprising that the island of Tenerife has for decades been recognised as one of the places with the best climate in the world.

The northeast trade winds hit the Teide from the north, dropping their rain on the northern slopes of the volcano and the island. This affects the area of Puerto de La Cruz which is why this area remains green. Once the rain has fallen, the remaining dry and warm air reaches the southern side of the volcano, meets the sea once more and then flows back to the coast and once again climbs the southern slopes of the hills.(Rotation winds). The dryness and warmth of the air, both by day and night, lead to incredibly healthy weather conditions which are not to be found on any of the other Canary Islands.

The positive effects of this climate on people suffering from multiple sclerosis, rheumatic conditions, psoriasis, neurodermatitis or certain allergic conditions has resulted in visitors coming to the island in search of cure or treatment from all over Europe.

A reputable German scientist, Prof. Dr. Hiltermann, made a thorough research of the climate in Los Cristianos and concluded as follows:

"The climate in Los Cristianos meets all requirements of Medical Meteorology. All influential bioclimatic factors are present to an optimal degree. The important thing about a thermal is that its long-wave and solar radiation scarcely warm the air temperature in the shade to above 30º C. There is no heat stress as the low average air humidity of 49 % prevents the normal transpiration of any given warm current. The evenness between day and night temperatures is also to be considered a protective factor."